The project consists of the rehabilitation of Bridge No. 01138, also known as the East Haddam Swing Bridge, which carries Route 82 over the Connecticut River. The East Haddam Swing Bridge is a four-span structure that has a west-east orientation and consists of a fixed deck truss in Span 1, a fixed through truss in Span 2, and a moveable through truss swing span (Spans 3 and 4).

This project involves a major rehabilitation of the structural, mechanical, and electrical components of the bridge. Additionally, a cantilevered sidewalk is being added to the south side of the bridge and approach sidewalks constructed, as requested by the Towns of East Haddam and Haddam.

A cantilevered 6’ wide fiber reinforced polymer deck sidewalk structure attached to the south side of the bridge is proposed. It will connect to approach sidewalks that will extend on the west side to Little Meadow Road and on the east side to the delivery driveway at the Goodspeed Opera House.

Twenty-five 63-hour road closure periods with a detour of traffic are proposed to facilitate deck and floorbeam replacement in Spans 1 and 2. The signed detour route is 30 miles long and uses the Baldwin Bridge on I-95. Use of overnight road closures and alternating one-way traffic patterns are proposed in order to complete other construction activities. Signalized alternating one-way traffic patterns will be in place for approximately 23 weeks over the course of the three years of construction. A swing span operation outage, where the bridge cannot open for tall marine traffic, is proposed from December 1, 2023, until April 1, 2024, to facilitate the replacement of electrical and mechanical system components. The navigation channel under Span 3 or a temporary channel in Span 4 will be open to boat traffic throughout construction. 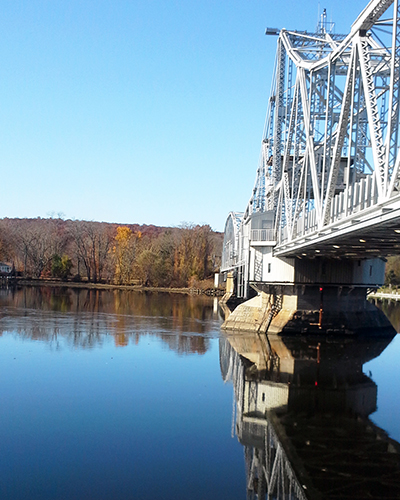 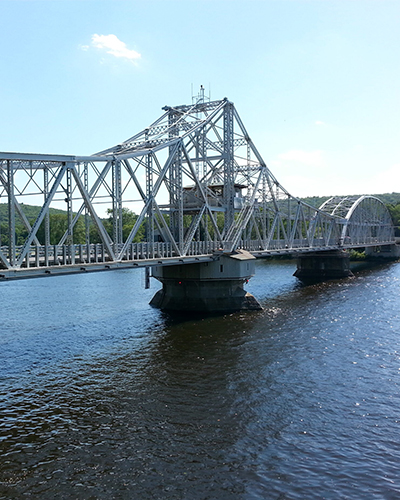 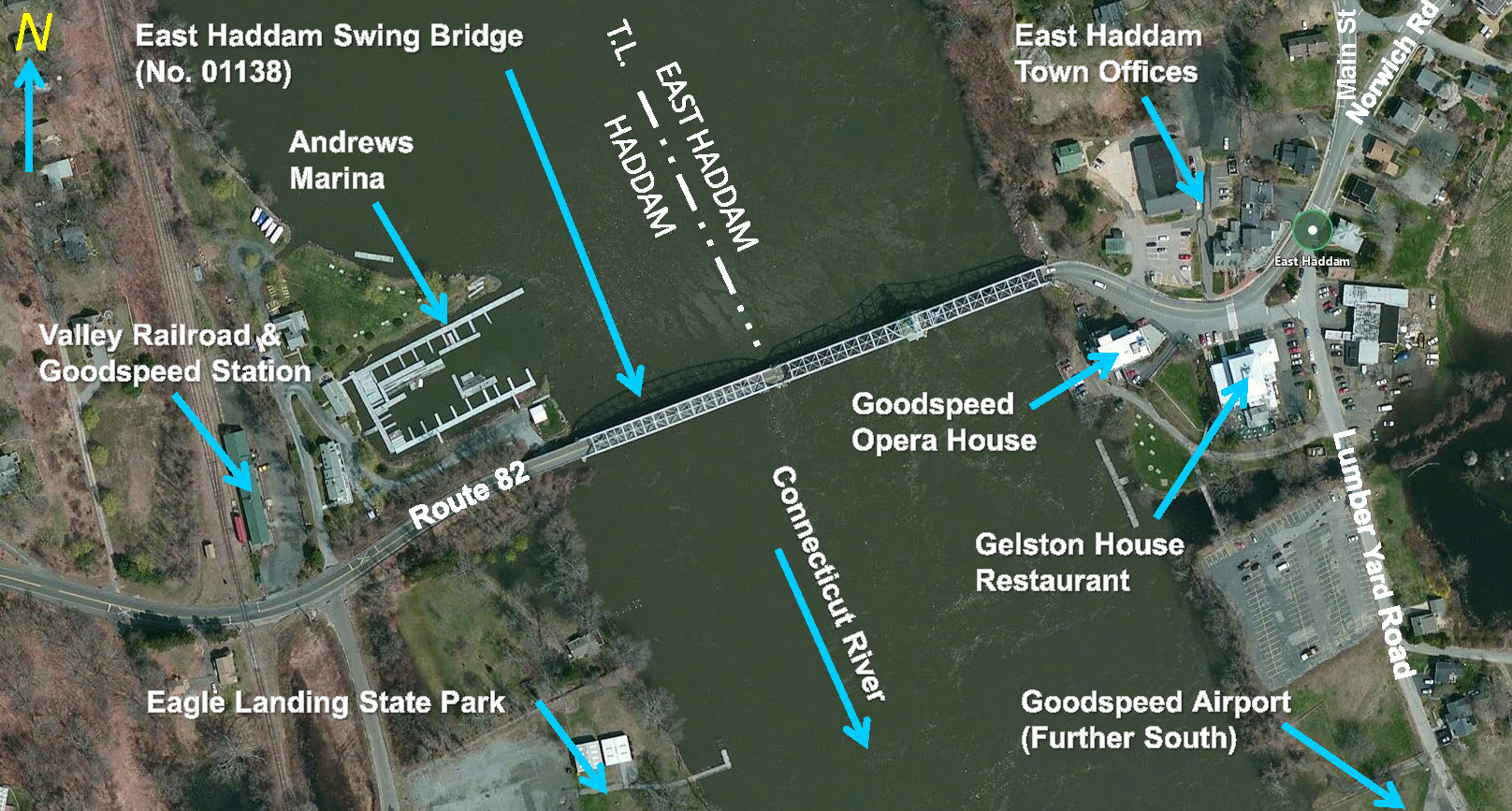 Once the bridge rehabilitation is completed, it will provide a safe crossing of the Connecticut River for vehicles and pedestrians traveling on Route 82, extend service life, and improve swing span operation reliability.

Based on the current project schedule, the design is expected to be completed in July 2021. Construction is anticipated to start Spring 2022 and end Fall 2024.